Focaccia is a thick type of crust, with more of a bread feeling to it. The crust is infused with herbs. Due to the bread-like nature of focaccia, and the fact that the crust contains herbs, people often skip putting a traditional sauce on this pizza style and instead brush it with a little olive oil before adding the cheese and the toppings. Focaccia pizza is usually served as an appetizer instead of the main dish.

Sicilian pizza originated from Italy and was brought over to the United States by Italian immigrants. Sicilian style pizza is big on the East Coast and the upper Midwest. This type of pizza is typically shaped like a rectangle. It is usually about an inch thick, so it falls right between a thin crust and a thick crust pizza.

Detroit style pizza is often seen as one inspired by Sicilian pizza as it is also rectangular shaped. The pizza is cooked in a well-oiled pan and is often a couple of inches thick. The pizza's edges are almost fried, and the bottom is generally chewier.

With a Detroit-style pizza, instead of putting the sauce, cheese, and then toppings on the pizza, the order is mixed up. First, the toppings are placed on the pizza. Then, the cheese is put on top of the toppings, with the sauce on top of everything else.

Deep dish pizza is often also referred to as Chicago-style deep dish pizza. With this type of pizza, it is usually a couple of inches thick. Like a Detroit-style pizza, it is baked in an oiled deep-dish pan. The crust usually has a buttery and fried taste to it. This type of crust is made with cornmeal, which gives it a unique taste. A deep-dish pizza could be a couple of inches thick depending on where you get it.

Fifth, traditional pan pizza is made in a pizza pan, allowing for a pizza that is usually about half an inch thick. This type of pizza usually has a buttery taste, with the bottom of the pizza has a nice pan-friendly touch to it. The inside of the crust tends to be a little softer and chewier. This type of pizza crust is an excellent compromise as it isn't thick or thin; it is the perfect in-between.

New York Style pizza is another type of thin crust pizza. This pizza style is designed to be a little crispy on the outside but to be soft and flexible. It is designed to allow you to fold it in half to eat a big slice. This type of pizza is usually made in a larger pan, with the slices looking oversized if you are used to eating thicker types of pizza crust.

There are other types of pizza crusts as well. If you want to be a pizza expert, you need to make sure you try all the different pizza crust varieties out there. Contact a company like Scittino's Italian Market Place for more information. 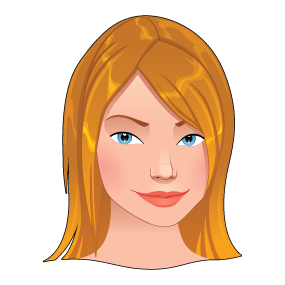